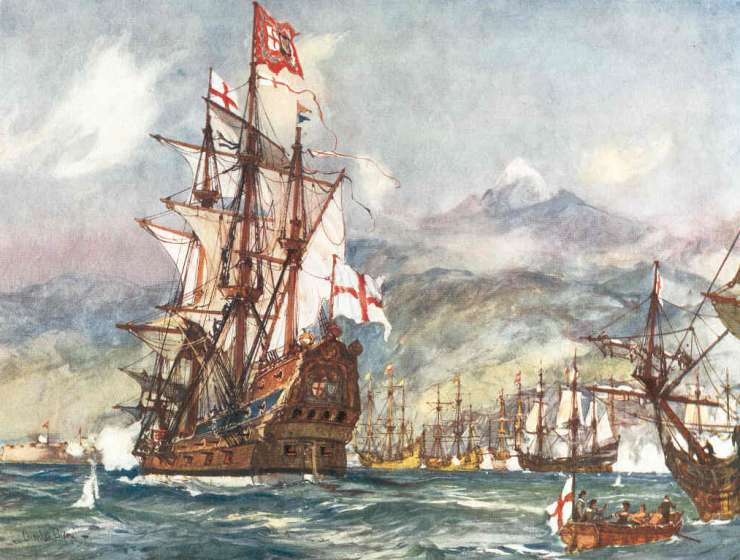 1
115
0
Until the Age of Nelson, Robert Blake was England’s greatest admiral
military

On August 17, 1657, an English fleet tacked its way up the English Channel toward Plymouth, led by the Parliamentary ship Naseby. A hero’s welcome had been planned by a grateful nation for the commander. As it approached the Sound, however, the admiral released his hold on life in his very moment of triumph. Robert Blake would later be granted a state funeral, attended by Oliver Cromwell and all the ruling council.

Born in the late summer of 1599 in Bridgwater, Somerset, Robert Blake was the eldest of 15 children and was brought up a Puritan. His father had owned a little land near Taunton but sold it and moved to Bridgwater to become a trader, shipping goods to the Netherlands. As the business prospered, the family bought land in the neighboring countryside. At age 16, Blake was sent to school at St. Albans Hall, Oxford, but subsequently transferred to Wadham, a new college specifically founded for the sons of West Country gentlemen. There, he acquired a taste for academic life and stayed for 10 years, but he failed to become a fellow of the college; the master of Wadham wanted tall, impressive-looking fellows, and Blake was only 5 feet 6 inches.

At his father’s death in 1625, Blake returned to Bridgwater and took over the family business. Although recent European events had devastated trade and brought about a depression, in the course of the next 15 years Blake restored the family fortunes, saw his 11 surviving brothers and sisters well placed in the world, and gained such respect among his fellow citizens that they voted him their member of Parliament in 1640.

Story Continues
historynet.com
What Do You Think Of That Genius?