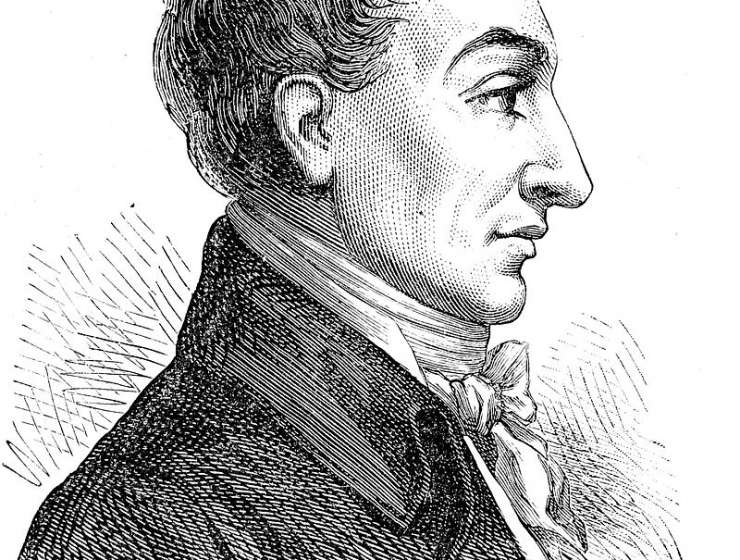 On October 26, 1799 according to the pages of Le Moniteur universel, a meeting occurred between Napoleon Bonaparte and Constantin-François Volney. Napoleon praised Volney’s travel report Le voyage en Égypte et en Syrie published in 1787. According to him, Volney had the greatest talent for observation. Although the French philosopher was not an unknown personage during his lifetime, Volney is now largely unknown except to specialists. Thus, it seems appropriate to present a short biography.

Constantin-François de La Giraudais Chassebœuf was born in 1757 in Craon (Anjou). Through an extensive inheritance of his mother gained in his maturity, Volney was able to leave the north-west of France in order to study in Paris. Against his father’s advice to follow him professionally, he began to study history and ancient languages. Heinz Gollwitzer’s commentary on the following years of study says it all: what Paris, in the last third of the eighteenth century, had to signify for a young man filled with intellectual conquest needs no explanation.

Volney came to know the salon culture of the late eighteenth century and encountered such well-known figures of the Enlightenment as Benjamin Franklin, Thomas Jefferson, Baron d’Holbach, Marquis de Mirabeau, Madame Helvétius and Pierre-Jean-Georges Cabanis among others. 4 Cabanis introduced him to Baron d’Holbach’s artistic circle, who met twice a week in the rue Royale-Saint-Roch for cultivated conversation while surrounded by d’Holbach’s private library. Especially the maternal environment in the house of Madame Helvétius in the noble Paris suburb Auteuil was basically frequented by the same guests and made Volney return for more than two decades.