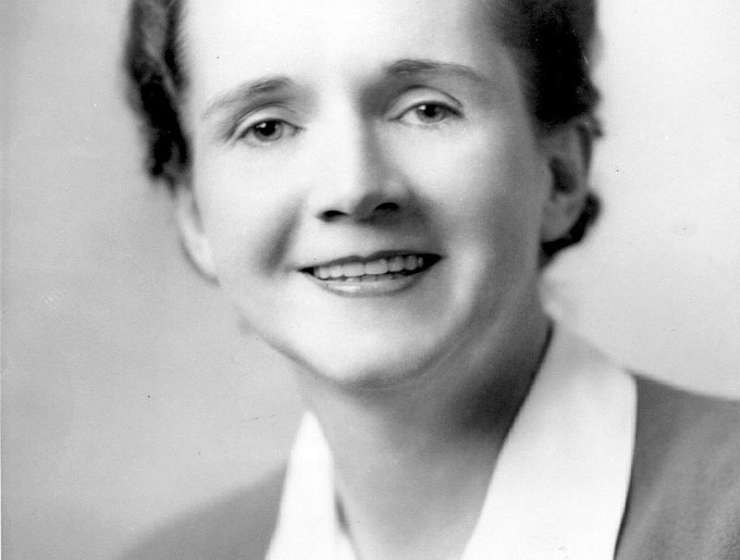 The house, on an island in Maine, perches on a rock at the edge of the sea like the aerie of an eagle. Below the white-railed back porch, the sea-slick rock slopes down to a lumpy low tideland of eelgrass and bladder wrack, as slippery as a knot of snakes. Periwinkles cling to rocks; mussels pinch themselves together like purses. A gull lands on a shaggy-weeded rock, fluffs itself, and settles into a crouch, bracing against a fierce wind rushing across the water, while, up on the cliff, lichen-covered trees—spruce and fir and birch—sigh and creak like old men on a damp morning.

“The shore is an ancient world,” Rachel Carson wrote from a desk in that house, a pine-topped table wedged into a corner of a room where the screen door trembles with each breeze, as if begging to be unlatched. Long before Carson wrote “Silent Spring,” her last book, published in 1962, she was a celebrated writer: the scientist-poet of the sea. “Undersea,” her breakout essay, appeared in The Atlantic in 1937. “Who has known the ocean?” she asked. “Neither you nor I, with our earth-bound senses, know the foam and surge of the tide that beats over the crab hiding under the seaweed of his tide-pool home; or the lilt of the long, slow swells of mid-ocean, where shoals of wandering fish prey and are preyed upon, and the dolphin breaks the waves to breathe the upper atmosphere.” It left readers swooning, drowning in the riptide of her language, a watery jabberwocky of mollusks and gills and tube worms and urchins and plankton and cunners, brine-drenched, rock-girt, sessile, arborescent, abyssal, spine-studded, radiolarian, silicious, and phosphorescent, while, here and there, “the lobster feels his way with nimble wariness through the perpetual twilight.”