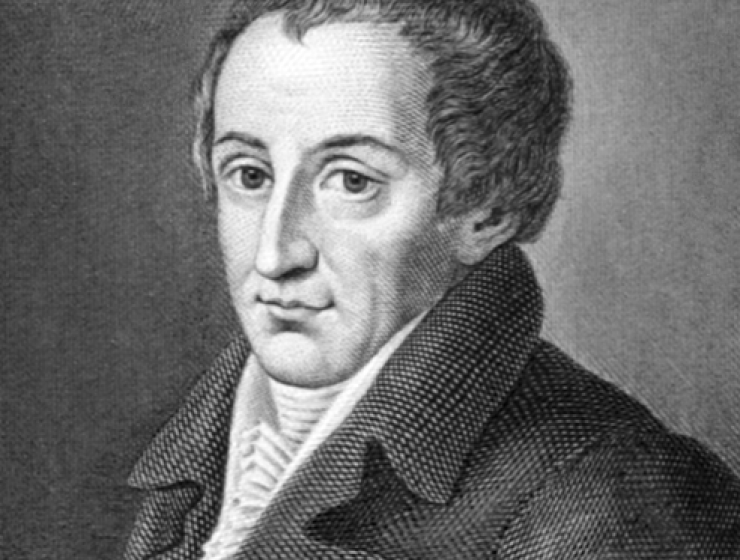 On May 3, 1761, German dramatist and writer August von Kotzebue was born. In 1817, one of Kotzebue‘s books was burned during the Wartburg festival. He was murdered in 1819 by Karl Ludwig Sand, a militant member of the Burschenschaften, which gave Metternich the pretext to issue the Carlsbad Decrees, which dissolved the Burschenschaften, cracked down on the liberal press, and seriously restricted academic freedom in the states of the German Confederation. As long as if you are not familiar with German history of the early 19th century, you might have never heard of August von Kotzebue, which also holds for most of native Germans. When I was in high school, our German teacher was a former protest student of 1968 student riots, and for him the story of the murder of August von Kotzebue by the student Karl Ludwig Sand was a major issue, when talking about German history in school. Today, I will share this with you.

Kotzebue was born in Weimar to a respected merchant family. In 1776 the young Kotzebue acted alongside famous writer Johann Wolfgang von Goethe in Goethe’s play Die Geschwister when it premiered in Weimar.[4] In 1777, he enrolled at the University of Jena to study legal science, continued his studies at the University of Duisburg, where he graduated in 1780, and practiced initially as a lawyer in Weimar. Kotzebue’s first comedy, written while he was a law student at Jena, gave him entrée into court literary circles in Weimar, but in 1781 he was forced to go into exile for a reason that is not clear.[1] Through his association with Graf Goertz, Prussian ambassador at the Russian court, Kotzebue became secretary to the Governor General of Saint Petersburg. In 1785 he was ennobled and became president of the Magistrat of the Governorate of Estonia, by the time a province of the Russian Empire.