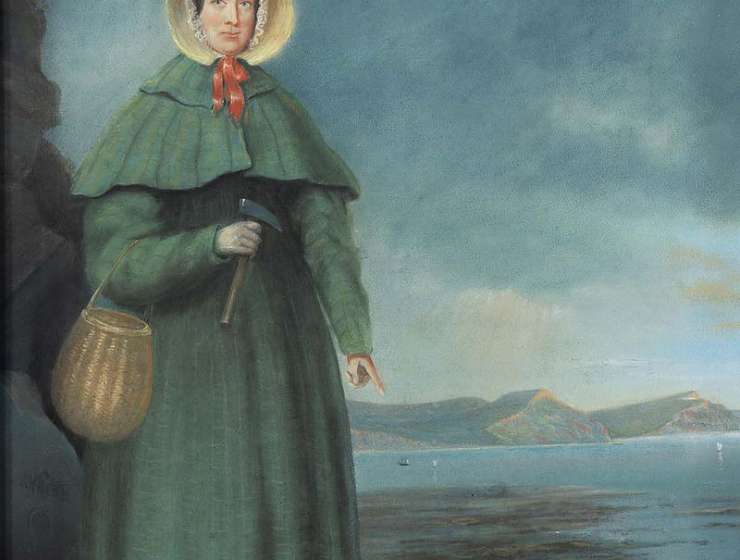 If you had lived in Victorian times, you’d have spotted her, perhaps, at the foot of Church Cliff to the east of Lyme Regis, a seaside town on England’s southwest coast. She’d have a wicker basket in one hand, a small geologist’s hammer in the other, and be dressed in a plaid coat and cape made of heavy wool—it is chilly by the shore. Her small dog, Tray, would have been skittering by her side.

What you might not have known then is that Mary Anning was arguably the greatest fossil hunter of them all, “the princess of paleontology,” a contemporary called her. In Victorian England, in an era of amateur scientists, fossil hunters were nearly always men.

Anning was born in Lyme Regis, which sits on one of the great fossil deposits from the Jurassic era. Known as the Jurassic Coast, the 95-mile stretch of red sandstone, shale, and chalk cliffs between Old Harry Rocks in Dorset, and Orcombe Point in Exmouth, is Britain’s only natural UNESCO World Heritage site.