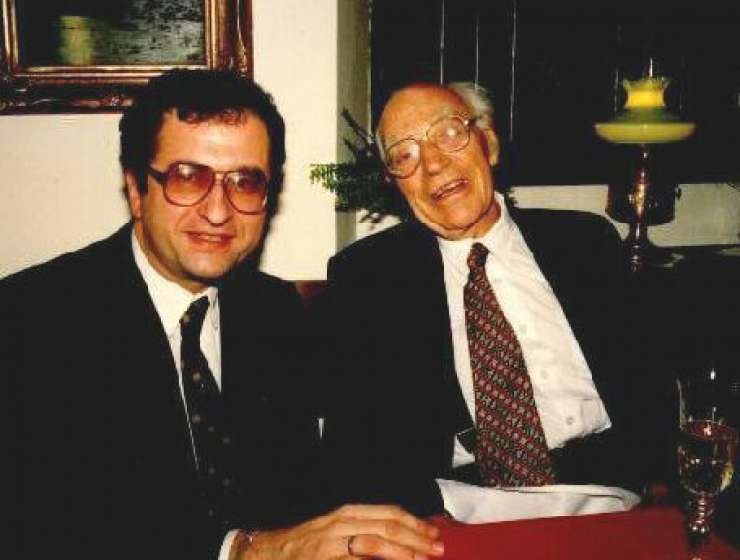 This report reviews the academic lineage of Sir John Eccles; who trained him, whom he then trained and with whom he collaborated, and the subsequent impact of his trainees and collaborators on neuroscience and other areas. In a post-training career at five institutions in four countries (Great Britain, Australia, New Zealand, back to Australia, USA) and during retirement in Switzerland, Eccles trained and collaborated with over 180 people (mostly neuroscientists) from 21 countries.

Most of them have had stellar research and training records that span the cellular-behavioral-philosophical spectrum of neuroscience, with a focus from peripheral neuromuscular issues to the forebrain. Some have been equally distinguished in other areas of biomedical science. Eccles' academic contributions and lineage are a valuable colloquium topic in a neuroscience training program. His experimental work spanned much of the 20th C before the recent emphasis on the application of the techniques of molecular biology. He continually sought to integrate information from the cellular to the systems and behavioral levels of analysis and synthesis.

He also devoted a substantial amount of his intellectual effort to the mind-brain and other philosophical issues. Eccles' prodigious working hours and enthusiasm for his projects were a role model for such trainees. Hard-working trainees often ask how can they retain their all-round interests, and indeed their humanity and citizenry, as they focus more and more on their necessarily narrowly focused neuroscience research. Again, Eccles' writings and overall behavior show that it can indeed be done, but only by the application of extraordinary effort and dedication.