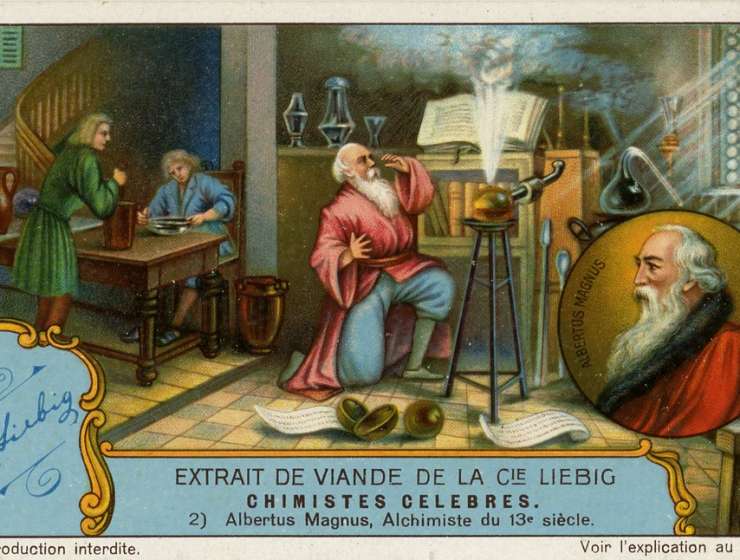 Born on earth around 1200 and in heaven in 1280, Saint Albert the Great of the Order of Preachers is a great saint for our time so badly in need of his preaching and teaching. We live in a  world where many scientists proclaim their lack of belief in God and increasing numbers of young people declare they believe in science rather than religion, assuming in the ignorance of their miseducation that the two must be opposed. As Pope Saint John Paul II declared in 1998 in his Fides et Ratio (on the relationship between faith and reason), we live in a day when scientism grows rampant and many people believe that science and technology provide all the answers to all the problems that plague humanity. On the other hand, some Christians who recognize that science can certainly tell us how to do things, but not whether we ought to do them, fall into the opposing error of fideism, “which fails to recognize the importance of rational knowledge and philosophical discourse for the understanding of faith, indeed for the very possibility of belief in God.” We live in a day of increasing polarization, presented with the false dichotomy of having to choose between the scientism of the intelligent, courageous, and godless secular scientists and the fideism of ignorant, benighted, and bigoted fundamentalist Bible-thumpers.

The Catholic Church, however, has never been the Church of either-or but of both-and insofar as there are kernels of truth in each side. John Paul II in our time would describe faith and reason as the “two wings on which the human spirit rises to the contemplation of truth.” And among the Catholic faithful throughout the centuries, few have embraced and proclaimed the inherent harmony of science and faith, of reason and revelation, like our hounds of the Lord, true champions of faith and reason, the sons and daughters of Saint Dominic de Guzman.

Story Continues
catholicexchange.com
What Do You Think Of That Genius?