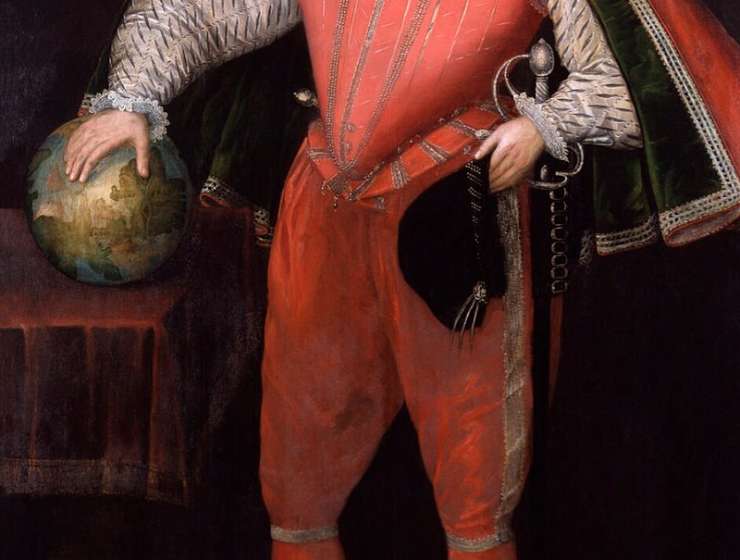 Sir Francis Drake – to the Spanish, a wayward pirate; to the English, a hero. He could be considered a morally dubious hero in many ways, perhaps even a villain, but was still incredibly influential in Tudor times.

Drake (c. 1540 – 1596) was born the eldest of 12 sons, in Tavistock, Devon. His father, Edmund Drake, was a farmer and preacher. The family later moved to Kent, where they lived in an old ship and it was there that his fascination with sailing began. The reason for the move is not entirely certain: the Prayer Book Rebellion of 1549 angered Catholics, who could have then made it difficult for Drake’s Protestant family, or it may be that Edmund was involved in petty crime. Francis had a trading ship left to him by his apprenticeship boss at the age of 20, which was perhaps the catalyst for his historic naval achievements.

During the Elizabethan period (1558-1603) of Tudor England, the country’s population was growing, and the desire for power and to explore was increasing. Religion and politics were dominant forces. Queen Elizabeth I was eager to follow in Spain and Portugal’s explorative footsteps – they were travelling the globe, to the Americas, benefiting from slavery and setting up important trade routes.

Story Continues
historic-uk.com
What Do You Think Of That Genius?