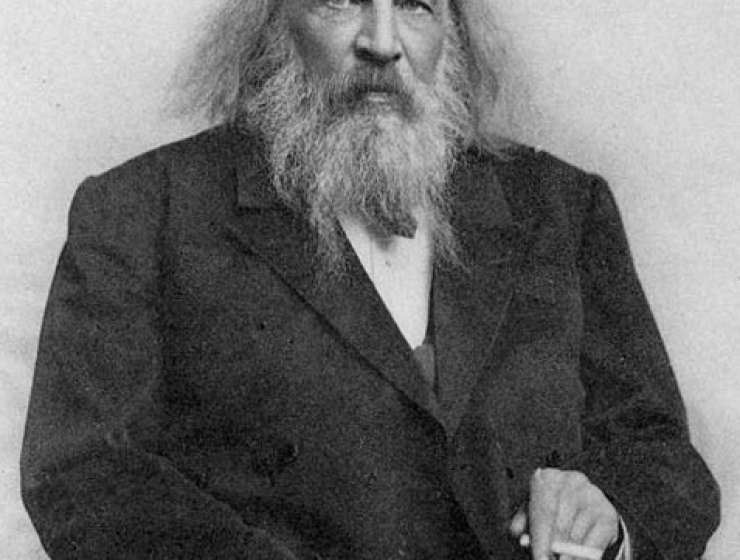 Dmitri Ivanovich Mendeleev the youngest of 14 children was born at Tobolsk, Siberia, 500 miles east of the Ural mountains, on 27 January 1834 (OS*). A double disaster struck the family of teenager Dmitri. First his father, headmaster and literature teacher at a local secondary school, died and then the glassworks owned by his mother Maria burnt down.

Dmitri's mother, however, was an ambitious woman of strong character, and recognising the academic ability of her youngest made his education her priority. In 1849 she took him and two siblings first to Moscow, where Dmitri was refused entry to the college because he was Siberian, and then on to St Petersburg, the capital of Czarist Russia, where she secured a place for him at the pedagogical college where her husband had trained.

Story Continues
edu.rsc.org
What Do You Think Of That Genius?