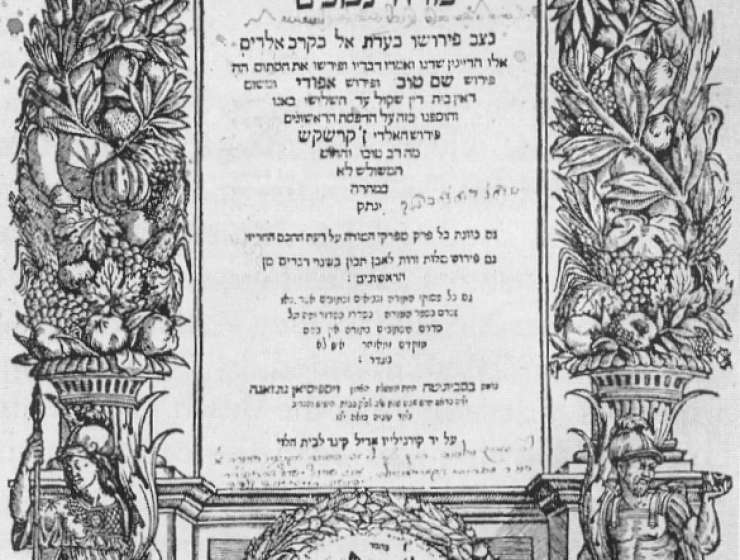 Moses Maimonides, renowned Rabbi, physician, and philosopher, profoundly impacted modern Judaism. The common aphorism, “From Moses to Moses there was none like Moses”, even associates Maimonides with the revered Judaic prophet. Like many other great thinkers, Maimonides (also known as Rambam) made contributions to medicine, philosophy, and Judaism—but perhaps his true legacy lies in his systematization of Judaism that provided an entry point to the more uniform modern Judaic practices.

Maimonides wrote at a time when Judaic law (esssentially a guide for Jewish life) was dispersed throughout various holy texts, commentaries, and responses. Even though Judaism emphasized praxis over belief, the haphazard organization of Jewish law made it difficult for a common person who was untrained in Jewish texts to interact with the rules to which they were meant to adhere. As one of the first systematizers of Jewish law, Maimonides brought Jewish law to the people primarily by creating the thirteen articles of faith and compounding significant Jewish texts into one book: the Mishneh Torah, or The Repetition of the Torah.

One of Maimonides’ earliest works is his Commentary on the Mishnah, said to have been finished in 1168.i In this seminal contribution to the Jewish canon, Maimonides introduces the tenth chapter of Tractate Sanhedrin with the section, Pereq Heleq, and presents his thirteen articles of faith:ii 1) The existence of the creator; 2) God’s oneness; 3) God’s incorporeality; 4) God’s eternity; 5) God alone is to be worshipped; 6) Prophecy; 7) Prophecy of Moses; 8) Divinity of the Torah; 9) Immutability of the Torah; 10) God’s omniscience; 11) God rewards those who follow the Law and punishes those who do not; 12) The coming of the Messiah; 13) Resurrection.

Story Continues
forbes5.pitt.edu
What Do You Think Of That Genius?