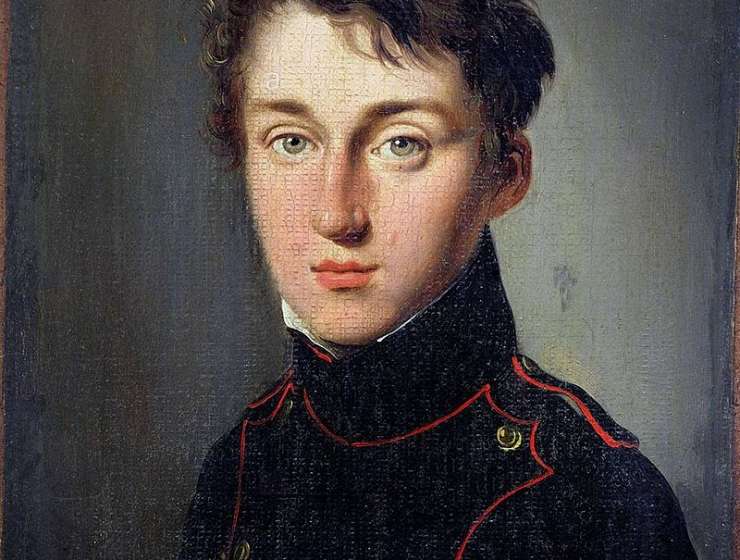 Name Sadi Carnot often sounds in different classrooms of our university. "The ideal Carnot engine", "Carnot cycle", "Carnot's principle", "Carnot's theorem" ... And when you consider that he was an engineer and graduated from the Ecole Polytechnique, of course, it would be appropriate to be noted in the newspaper "Kiev Polytechnic "210th anniversary of his birth, turned this year.

Nicolas Léonard Sadi Carnot was born June 1, 1796 in a family of Lazare Carnot (1753-1823) - one of the most prominent political figures of the French Revolution. In different years Lazare Carnot was a member of the Legislative Assembly, of the Convention, the Committee of Public Safety, the director, and he was known as the organizer of victory decisive contribution to the revolutionary armies in 1793.

Lazare Carnot was also an outstanding scientist. He has left a legacy in different theoretical sciences - Applied Mechanics ("Study of machines in general", 1783), mathematical analysis ("Reflections on the metaphysics of the infinitesimal calculus", 1797). He was one of the founders of projective geometry. In 1810 he published a three-volume work on the fortifications "On defense of fortresses." In a year when his son Sadi was born, Lazare Carnot was elected a member of the Paris Academy of Sciences.

Story Continues
kpi.ua
What Do You Think Of That Genius?