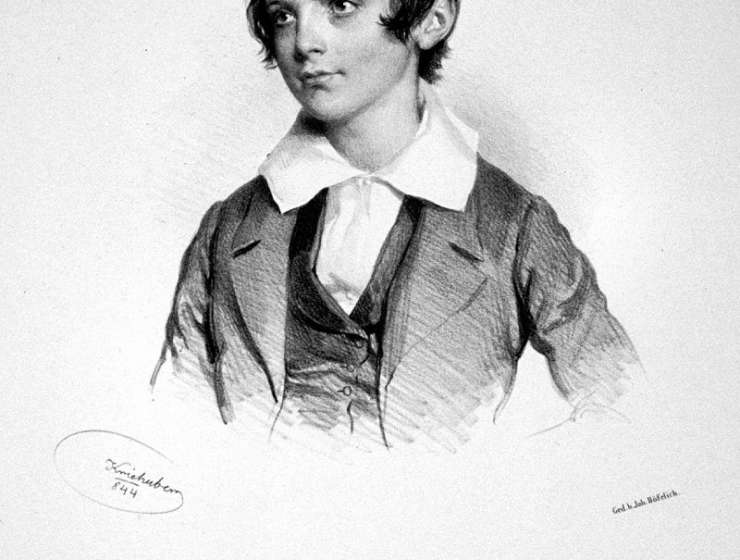 Our new lunchtime concert series in the National Museum Wales begins in February with an entertaining exploration of the music of Chopin, his friends and contemporaries.

Professor Kenneth Hamilton, internationally-renowned pianist and Head of the School of Music, will perform three concerts in the series (6 February, 13 February, 20 February). These concerts will feature works by Chopin and his contemporaries, including Liszt, Beethoven, Mendelssohn, and Schumann, alongside relaxed commentary on the pieces being performed.

Here, Professor Hamilton tells us about Chopin as teacher…

“Paris, 1842. No. 9 Place d’Orleans. Every week of the “season”, from around the beginning of October to the end of March, a steady stream of piano pupils would come to study with Fryderyk Chopin. It was a fashionably artistic area of the city – Charles-Valentin Alkan also lived there, and a host of lesser luminaries. Chopin was by then the most famous pianist permanently resident in Paris, and accordingly its most exclusive piano teacher. Even Liszt had not charged as much for a one-hour piano lesson: 20 gold francs. At around 4.5 zlotys, this was a phenomenal fee. A bank clerk might earn 250 zlotys a year; a gentleman could live very respectably on 2,500. As Chopin gave up to five lessons per day, piano teaching – and not the modest royalties from his music – quickly became his main source of income, just as Berlioz largely made his living as Librarian of the Conservatoire, and Wagner by sponging off friends.

Story Continues
blogs.cardiff.ac.uk
What Do You Think Of That Genius?