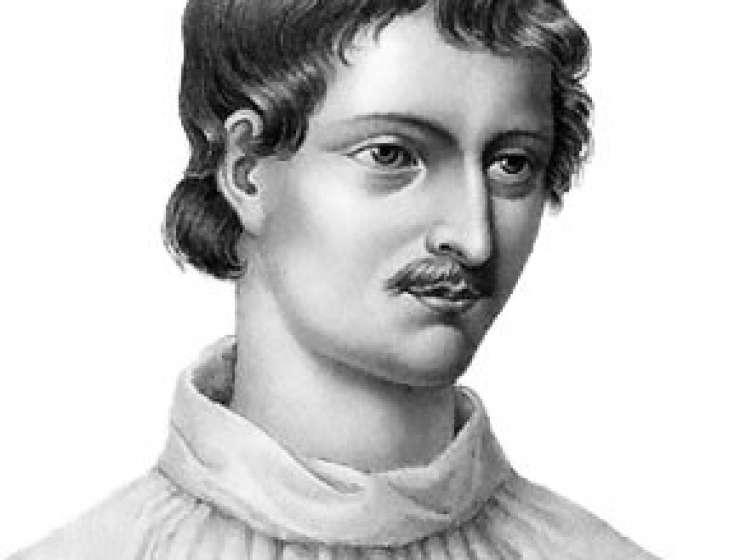 Go to Campo dei Fiori in Rome on 17 February and you will find yourself surrounded by a motley crowd of atheists, pantheists, anarchists, Masons, mystics, Christian reformers and members of the Italian Association of Free Thinkers, all rubbing shoulders with an official delegation from City Hall.

Every year, this unlikely congregation gathers to lay wreaths at the foot of the 19th-century statue that glowers over the piazza from beneath its friar’s cowl; flowers, candles, poems and tributes pile up against the plinth whose inscription reads: ‘To Bruno, from the generation he foresaw, here, where the pyre burned.’ In the four centuries since he was executed for heresy by the Roman Inquisition, this diminutive iconoclast has been appropriated as a symbol by all manner of causes, reflecting the complexities and contradictions inherent in his ideas, his writings and his character.

Giordano Bruno was born in Nola, at the foot of Mount Vesuvius, in 1548, a soldier’s son who joined the prestigious Dominican convent of San Domenico Maggiore in nearby Naples at the age of 17. He excelled in philosophy and theology, but his precocious intellect proved as much a liability as an asset; he was constantly in trouble with his superiors for questioning orthodoxies and seeking out forbidden reading material.