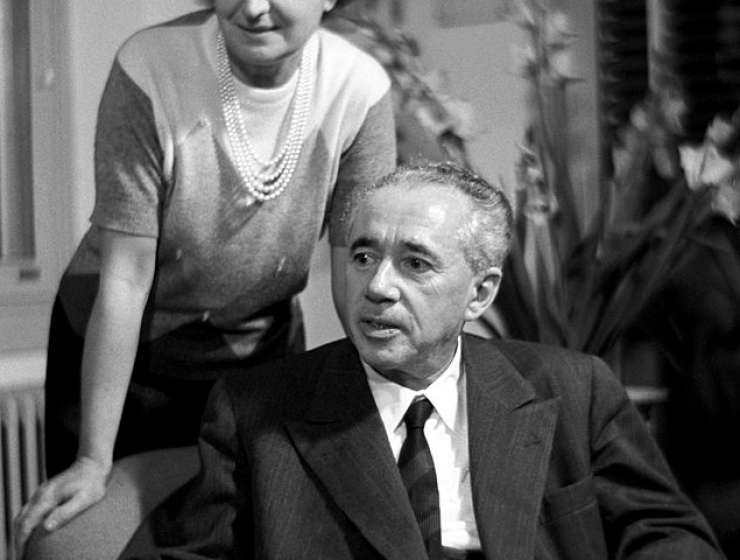 The discovery of catalysts that dictated polymer sterochemistry, which earned a Nobel prize for Karl Ziegler and Giulio Natta 50 years ago, initiated the modern age of controlled polymer synthesis.

One could tell the history of the twentieth century through polymers. In a weird way that is almost what American author Thomas Pynchon attempted in his novel Gravity's Rainbow, which shows the German cartel IG Farben clandestinely orchestrating the Second World War and making rockets with unnerving, sensory polymer skins. But the truth is scarcely less strange and no less dominated by the agencies of conflict, commerce and politics.

Karl Ziegler, who 50 years ago won the Nobel Prize in Chemistry alongside Italian chemist Giulio Natta for their work on the stereoselective catalysis of alkene polymerization1, began studying polymer synthesis during the Second World War to make artificial rubber for the German war effort because supplies from the Asian rubber plantations were cut off. When the war ended Ziegler was in Halle, soon to become Russian-occupied territory, and the American authorities encouraged him to take a post at Mülheim to preserve his expertise for the West. It was there in 1953 that he discovered the organometallic compounds, such as triethylaluminium, that would not only catalyse ethylene polymerization at lower temperatures and pressures than the standard industrial process then prevailing, but would produce orderly straight-chain molecules without random branching, creating a high-density product with new potential uses.