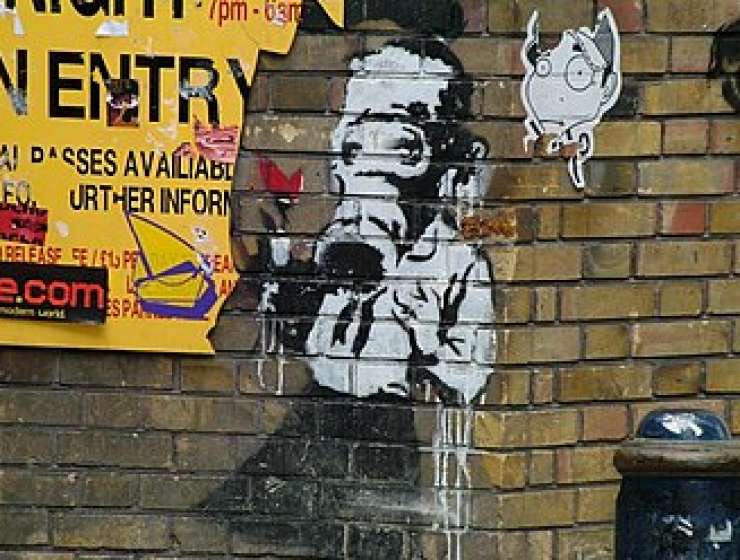 The contrast between the 17th-century old master and 21st-century disrupter couldn’t have been more extreme.

To the left, Rembrandt’s broodingly introspective “Self-Portrait With a Red Beret.” To the right, behind a protective glass screen, Banksy’s “Girl With Balloon,” the painting that had made global headlines when it sensationally self-destructed at an auction. Its frayed canvas now dangles limply below its elaborate gold frame.

Retitled “Love Is in the Bin,” the end result of what many regard as the most spectacular of all Banksy stunts has just spent almost a year on loan at the Staatsgalerie Stuttgart in Germany.