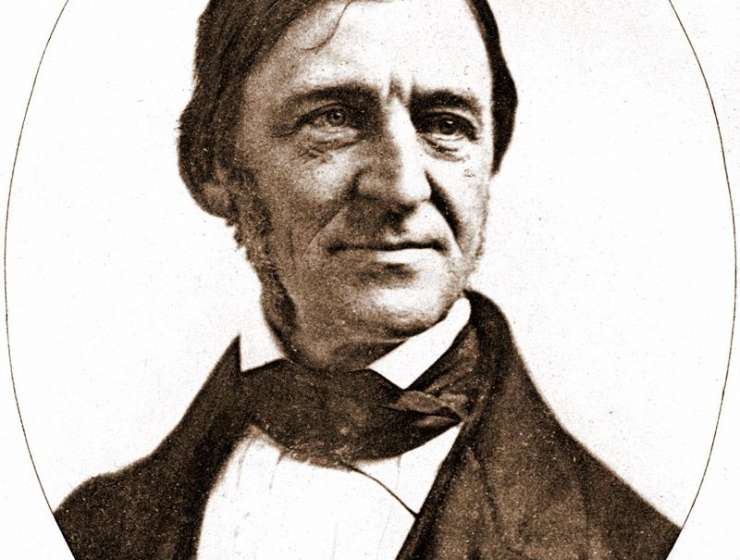 What began in New England in the early nineteenth-century as a reform of the Congregational Church grew into what some scholars consider to be one of the most monumental movements of religion, philosophy and literature in American history. Humbly, American Transcendentalism began its transformation of the American intellect through a circle of friends, some of whom were former Unitarian ministers themselves. They desired to further reform the church, which they viewed as a “social religion that did not awaken the individual’s realization of his own spirituality” (Versluis 290). These Transcendentalists drew upon the philosophies and religions of the world to push forth their ideas of the importance of the self in spiritual life. At the forefront of this movement was Ralph Waldo Emerson. Himself a former Unitarian minister, Emerson was and still is viewed as the highest profile member of the “Transcendental Club” that was responsible for the re-thinking of American spirituality (Barna 60).

Emerson’s statement regarding the importance of the individual in moral and intellectual development is “Self-Reliance.” His essay supports the American Transcendental movement’s philosophical pillar: that the individual is identical with the world, and that world exists in unity with God. Through this logic, it follows that the individual soul is one with God, thusly eliminating the need for an outside institution (VanSpanckeren Net). In order to fully understand American Transcendentalism, and Emerson’s place in it, the movement’s origin and evolution must first be explored.

The roots of American Transcendentalism reach back into the eighteenth century. Religion in New England had been dominated by Calvinist ideologies, set forth by the Puritan settlers. Calvinist doctrine included the idea of the inherent corruption of human nature and the concept of salvation coming only by the discretion of God himself (Robinson “Transcendentalism” 14). It is important to note here that the Calvinist belief was that the individual had absolutely no control over their ultimate spiritual fate through their actions in life. This orthodox belief asserts the Holy Trinity, through which God presents himself, elects those men chosen for salvation or condemnation - a fate decided before the creation of the world (Hutchison 3).