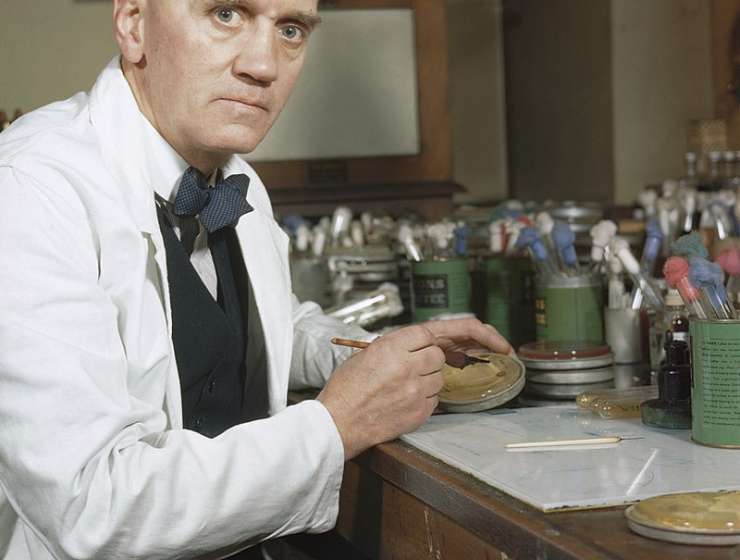 1
167
0
Alexander Fleming, The Discoverer of the Antibiotic Effects of Penicillin
Science

Bacteria are very important for us. They live on us and inside us, and we use them to obtain certain nutrients from food, among many other things (Read more in this Young Minds article; We Are Never Alone: Living with the Human Microbiota). But some bacteria, called pathogens, can also cause infections and some pathogens can be very dangerous. Pathogenic bacteria are one of the main subjects of microbiology, which is the study of microorganisms: tiny forms of life that cannot be seen by the naked eye. Microbiologists have been facing the same questions since bacteria were discovered. How do bacteria infect humans, and most importantly, is there anything that can be done to stop them?

An individual bacterium can only be seen with a microscope. However, most bacteria grow well in an environment with lots of nutrients, and broths very rich in nutrients (also known as liquid medium) can be used to grow bacteria. If a test tube with sterile broth and a tiny number of bacteria in it is incubated at a certain temperature, the liquid will become cloudy in a matter of hours and it may even change in color. If a jelly-like substance is added to the broth, and the mixture is heated to melt the jelly, this substance can then be poured on plates (also known as Petri dishes) to cool down, you will get a nutrient-rich jelly also known as solid medium. Bacteria can be cultured on the surface of a solid medium. If we add enough bacteria, they will cover the entire surface of the nutrient-rich jelly. If the bacteria are diluted and spread out enough on the plate, an individual bacterium will replicate so much that it will eventually produce a large group of bacteria visible by the naked eye, which we call a bacterial colony.

If the original source of bacteria contained more than one type, colonies of different kinds of bacteria might be growing on the solid medium. When we touch just one of those colonies with a sterile object and pass the bacteria to a sterile liquid or solid medium, we can produce a pure culture, which should only contain one type of bacteria. Routinely, microbiologists work with pure cultures to be able to reach clear conclusions from their experiments with a single type of bacteria. However, if their work is not done in sterile conditions, the tubes and plates may become contaminated by other bacteria or even some microscopic fungi living in the environment. If that happens, most microbiologists discard that culture and start again. But Fleming was different from most microbiologists.

Story Continues
kids.frontiersin.org
What Do You Think Of That Genius?