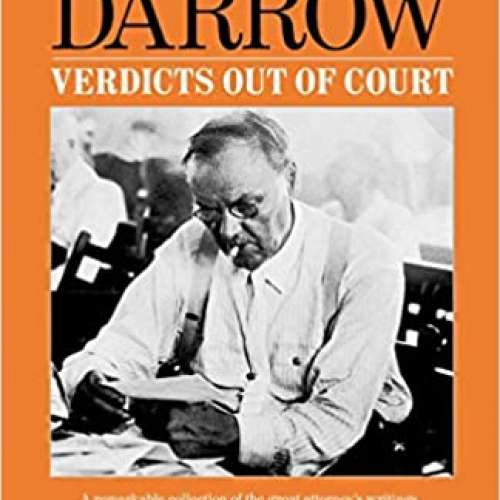 This remarkable collection of the great attorney's writings reveals why he was such a force in the court of law and in the court of public opinion. Darrow turned to writing―essays, debates, fiction―to influence a broader audience beyond the field of law. Through his observations on such social issues as race, revolution, labor, divorce, crime, war, and religion, and his estimates of men and women, he became the attorney for the public conscience. His beliefs, delivered with an urbane blending of wit, lawyer's logic, satire, and sentiment, remain a part of our continuing social philosophy. They are amply illustrated in this superb collection, and remain strikingly pertinent today. “Fascinating.…Whether Darrow is condemning capital punishment, questioning immortality, or extolling free trade, he is usually incisive, never boring, and always unafraid of speaking his mind. A rare combination in his or any other age.”―William M. Kunstler, New York Times. “A fascinating collection of Darrow's writings, showing the wide range and the impact of his thinking on the American character.”―Irving Stone.