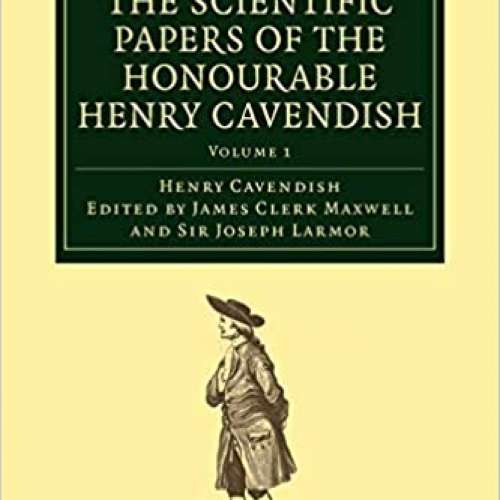 Henry Cavendish (1731–1810) was an English scientist whose published work was mostly concerned with electricity. He was elected a Fellow of the Royal Society in 1760. Cavendish was a prolific scientific investigator, performing experiments on not only electricity but also magnetism, thermometry, gases, heat potential and the chemical composition of water. Although he published some of his research, including his discovery of hydrogen, the majority of his work remained unpublished until 1879, when James Clerk Maxwell published a collection of Cavendish's electrical experiments. These papers showed that Cavendish had discovered many important electrical concepts which had since been credited to other researchers, including the concept of electric potential. First published in 1921, these volumes are a collection of Cavendish's results from his many experiments. Volume 1 is a revised edition of James Clerk Maxwell's 1879 volume Electrical Researches of Henry Cavendish, also reissued in this series.