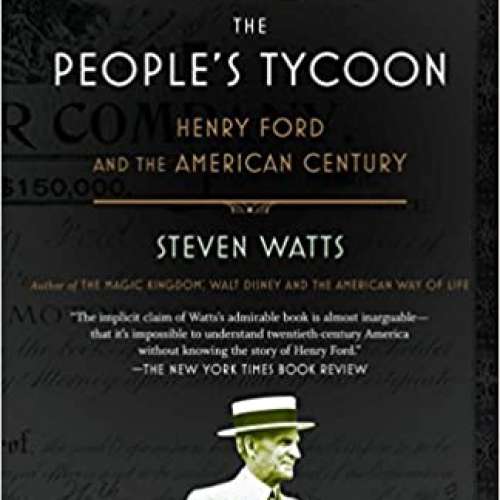 65
0
To genius page →
The People's Tycoon: Henry Ford and the American Century

How a Michigan farm boy became the richest man in America is a classic, almost mythic tale, but never before has Henry Ford’s outsized genius been brought to life so vividly as it is in this engaging and superbly researched biography. The real Henry Ford was a tangle of contradictions. He set off the consumer revolution by producing a car affordable to the masses, all the while lamenting the moral toll exacted by consumerism. He believed in giving his workers a living wage, though he was entirely opposed to union labor. He had a warm and loving relationship with his wife, but sired a son with another woman. A rabid anti-Semite, he nonetheless embraced African American workers in the era of Jim Crow. Uncovering the man behind the myth, situating his achievements and their attendant controversies firmly within the context of early twentieth-century America, Watts has given us a comprehensive, illuminating, and fascinating biography of one of America’s first mass-culture celebrities.