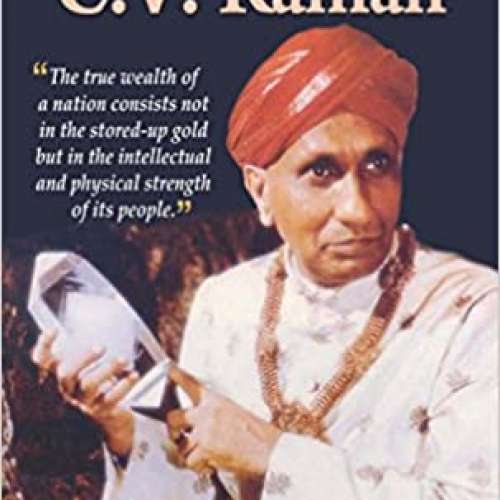 Sir C.V. Raman was one of the rare Indians who excelled in a field which was in his time unexplored - Physics. He was recognized the world-over and bestowed the Nobel Prize for Physics. He deserved the honour that India gave him by proclaiming him as the Bharat Ratna. A true Indian at heart, he made his country proud by relentlessly pursuing a belief that he had - that light scatters and changes in wavelength when it traverses a transparent material. This phenomena earned the name of Raman scattering and the result of the Raman effect. The Raman effect led to further research in science. Raman spectroscopy was based on this phenomena and then the quantum photon spin. He carried out experiments on the diffraction of light by acoustic waves - named as the acousto-optic effect; spectroscopic behaviour of crystals, etc. His world revolved round science and he viewed the world from that perspective. Therefore, his life is an interesting one focused on Physics. The author has thrown light on this great physicist's life successfully.