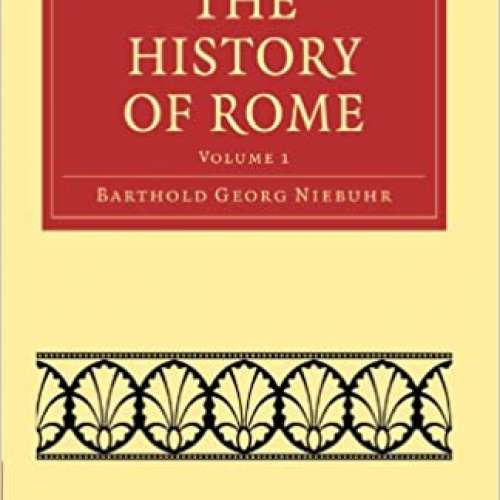 This three-volume English translation of Barthold Georg Niebuhr's influential History of Rome was published between 1828 and 1842. It follows the second German edition, which the author contrasts with the earlier edition (1811–1812, translated into English in 1827) as being 'the work of a man who has reached his maturity'. The early part of the nineteenth century saw important developments in philological scholarship in Germany, and Niebuhr's international career as a statesman and scholar reflected Germany's new-found confidence in the wider world. His book had a lasting impact both within its own subject area and on the understanding of history as an academic discipline, and was a landmark of nineteenth-century European scholarship. Volume 1 covers the origins of Rome in Ancient Italy, up to the secession of the commonalty, and the Tribunate of the People.