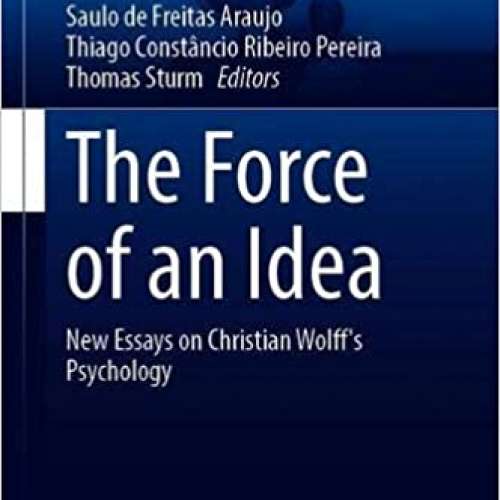 93
0
To genius page →
The Force of an Idea: New Essays on Christian Wolff's Psychology

This book presents, for the first time in English, a comprehensive anthology of essays on Christian Wolff's psychology written by leading international scholars. Christian Wolff is one of the towering figures in 18th-century Western thought. In the last decades, the publication of Wolff's Gesammelte Werke by Jean École and collaborators has aroused new interest in his ideas, but the meaning, scope, and impact of his psychological program have remained open to close and comprehensive analysis and discussion. That is what this volume aims to do.

This is the first volume in English completely devoted to Wolff's efforts to systematize empirical and rational psychology, against the background of his understanding of scientific method in metaphysics. Wolff thereby paved the way to the very idea of a scientific psychology. The book is divided into two parts. The first one covers the theoretical and historical meaning and scope of Wolff's psychology, both in its internal structure and in its relation to other parts of his philosophical system, such as logic, cosmology, aesthetics, or practical philosophy. The second part deals with the reception and impact of Wolff's psychology, starting with early reactions from his disciples and opponents, and moving on to Kant, Hegel, and Wundt.