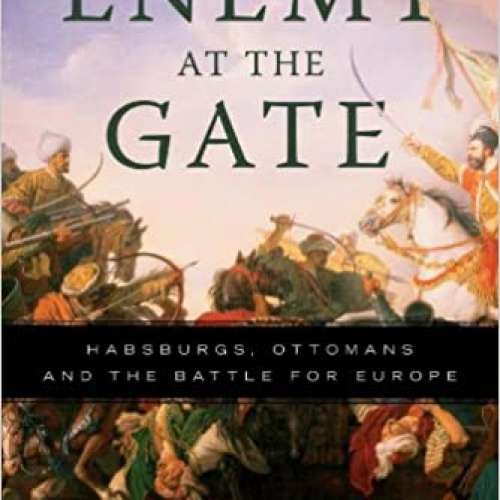 74
0
To genius page →
The Enemy at the Gate: Habsburgs, Ottomans, and the Battle for Europe

In 1683, an Ottoman army that stretched from horizon to horizon set out to seize the “Golden Apple, as Turks referred to Vienna. The ensuing siege pitted battle-hardened Janissaries wielding seventeenth-century grenades against Habsburg armies, widely feared for their savagery. The walls of Vienna bristled with guns as the besieging Ottoman host launched bombs, fired cannons, and showered the populace with arrows during the battle for Christianitys bulwark. Each side was sustained by the hatred of its age-old enemy, certain that victory would be won by the grace of God.The Great Siege of Vienna is the centerpiece for historian Andrew Wheatcrofts richly drawn portrait of the centuries-long rivalry between the Ottoman and Habsburg empires for control of the European continent. A gripping work by a master historian, The Enemy at the Gate offers a timely examination of an epic clash of civilizations.