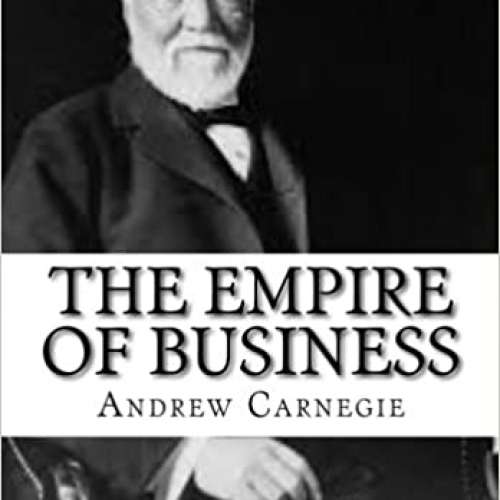 68
0
To genius page →
The Empire of Business

This book has been annotated to contain extensive biographical references, mainly based in articles and personal interviews conducted by the writer Orison Swett Marden, collected and edited for this edition. This book contains several articles and speeches by Andrew Carnegie, one of the most important industrialists of the end of the 19th and beginning of the 20th century in the United States; the man who would later inspire Napoleon Hill to write "Think and Grow Rich". His ideas on How to win forture, the importance of wealth, and how young people can succeed, inspired generations. In his philantrophic work, he created and funded a network of public libraries in the United States, and funded places for culture as the Carnegie Hall in New York. A great man, with timeless ideas and wisdom that we can now enjoy.