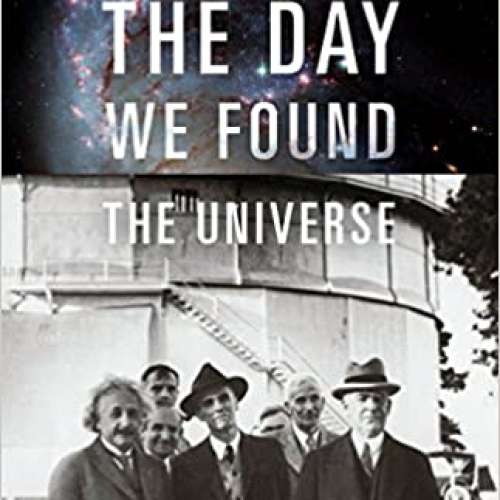 74
0
To genius page →
The Day We Found the Universe

On New Years Day in 1925, a young Edwin Hubble released his finding that our Universe was far bigger, eventually measured as a thousand trillion times larger than previously believed. Hubble’s proclamation sent shock waves through the scientific community. Six years later, in a series of meetings at Mount Wilson Observatory, Hubble and others convinced Albert Einstein that the Universe was not static but in fact expanding. Here Marcia Bartusiak reveals the key players, battles of will, clever insights, incredible technology, ground-breaking research, and wrong turns made by the early investigators of the heavens as they raced to uncover what many consider one of most significant discoveries in scientific history.