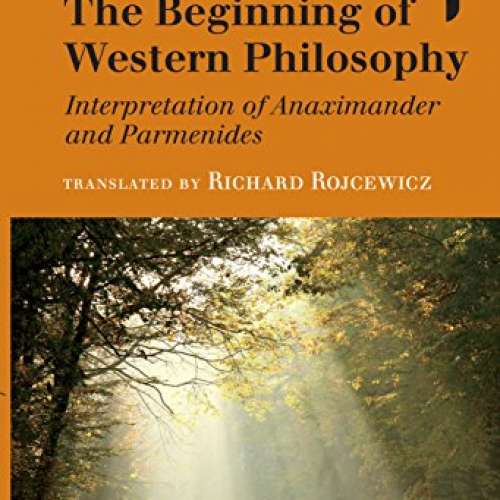 69
0
To genius page →
The Beginning of Western Philosophy: Interpretation of Anaximander and Parmenides

Volume 35 of Heidegger's Complete Works comprises a lecture course given at the University of Freiburg in 1932, five years after the publication of Being and Time. During this period, Heidegger was at the height of his creative powers, which are on full display in this clear and imaginative text. In it, Heidegger leads his students in a close reading of two of the earliest philosophical source documents, fragments by Greek thinkers Anaximander and Parmenides. Heidegger develops their common theme of Being and non-being and shows that the question of Being is indeed the origin of Western philosophy. His engagement with these Greek texts is as much of a return to beginnings as it is a potential reawakening of philosophical wonder and inquiry in the present.