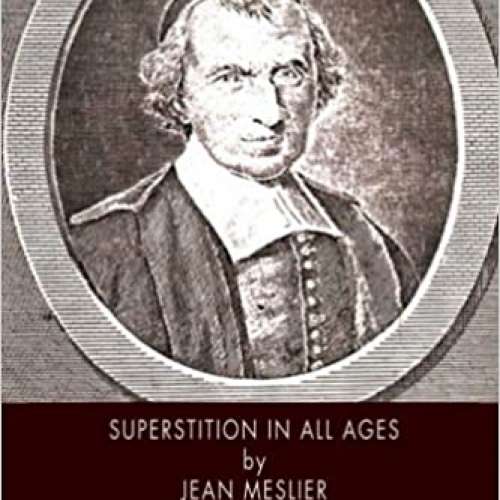 48
0
To genius page →
Superstition in All Ages

From the intro: "Jean Meslier, born 1678, in the village of Mazerny, dependency of the duchy of Rethel, was the son of a serge weaver; brought up in the country, he nevertheless pursued his studies and succeeded to the priesthood. At the seminary, where he lived with much regularity, he devoted himself to the system of Descartes. Becoming curate of Etrepigny in Champagne and vicar of a little annexed parish named Bue, he was remarkable for the austerity of his habits. Devoted in all his duties, every year he gave what remained of his salary to the poor of his parishes; enthusiastic, and of rigid virtue, he was very temperate, as much in regard to his appetite as in relation to women.