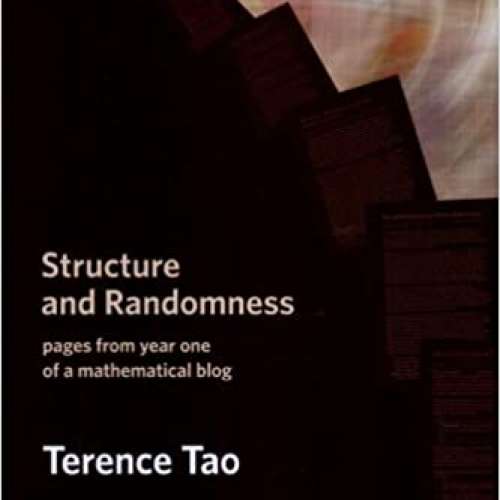 42
0
To genius page →
Structure and Randomness

There are many bits and pieces of folklore in mathematics that are passed down from advisor to student, or from collaborator to collaborator, but which are too fuzzy and non-rigorous to be discussed in the formal literature. Traditionally, it was a matter of luck and location as to who learned such folklore mathematics. But today, such bits and pieces can be communicated effectively and efficiently via the semiformal medium of research blogging. This book grew from such a blog. In 2007, Terry Tao began a mathematical blog, as an outgrowth of his own website at UCLA. This book is based on a selection of articles from the first year of that blog. These articles discuss a wide range of mathematics and its applications, ranging from expository articles on quantum mechanics, Einstein's equation , or compressed sensing, to open problems in analysis, combinatorics, geometry, number theory, and algebra, to lecture series on random matrices, Fourier analysis, or the dichotomy between structure and randomness that is present in many subfields of mathematics, to more philosophical discussions on such topics as the interplay between finitary and infinitary in analysis. Some selected commentary from readers of the blog has also been included at the end of each article. While the articles vary widely in subject matter and level, they should be broadly accessible to readers with a general graduate mathematics background; the focus in many articles is on the "big picture" and on informal discussion, with technical details largely being left to the referenced literatur