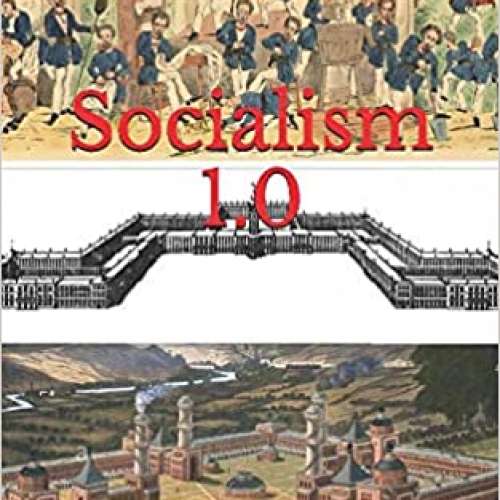 66
0
To genius page →
Socialism 1.0: The First Writings of the Original Socialists

Socialism has enjoyed a new lease on life recently. In the two centuries since it was first used, the word "socialism" has meant many different things. It has been described as "a hydra" and "a collection of very diverse doctrines and ideas", and "an immense aspiration" to a better society.This collection is a firsthand introduction to the inspiring, wild, fecund, chaotic realm of socialism before Marxism came along. These three writings, two of which were translated for this edition, show the extreme variety in the first schools of thought called "socialist":In "Letters from an Inhabitant of Geneva to His Contemporaries" (1803), Henri de Saint-Simon outlines a plan to form a new spiritual elite by an annual vote on the greatest minds in mathematics, physics, the arts, etc., and giving them a monetary reward. This elite would become the clergy of a new global religion with God and Newton at its head.The Preliminary Discourse to Charles Fourier's “The Theory of the Four Motions, and of the General Destinies” (1808) is an introduction into the bizarre and fascinating world of Fourierism. His vision for the future is a heady brew of cosmology, prophecy, sociology, psychology, economics, and eroticism. In "A New View of Society" (1813), the businessman Robert Owen reports on his theory and experiment in the improvement of human character. Society is currently organized to produce bad characters, but it can be refashioned in a way that will produce a virtuous, rational humanity.