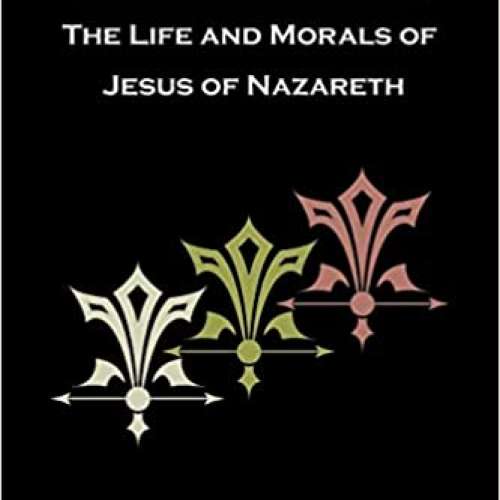 70
0
To genius page →
Jefferson Bible, or the Life and Morals of Jesus of Nazareth

2010 Reprint of 1902 edition. The Jefferson Bible, or The Life and Morals of Jesus of Nazareth as it is formally titled, was Thomas Jefferson's effort to extract the doctrine of Jesus by removing sections of the New Testament containing supernatural aspects as well as perceived misinterpretations he believed had been added by the Four Evangelists. Using a razor, Jefferson cut and arranged selected verses from the books of Matthew, Mark, Luke, and John in chronological order, mingling excerpts from one text to those of another in order to create a single narrative. Thus he begins with Luke 2 and Luke 3, then follows with Mark 1 and Matthew 3. He provides a record of which verses he selected and of the order in which he arranged them in his "Table of the Texts from the Evangelists employed in this Narrative and of the order of their arrangement."