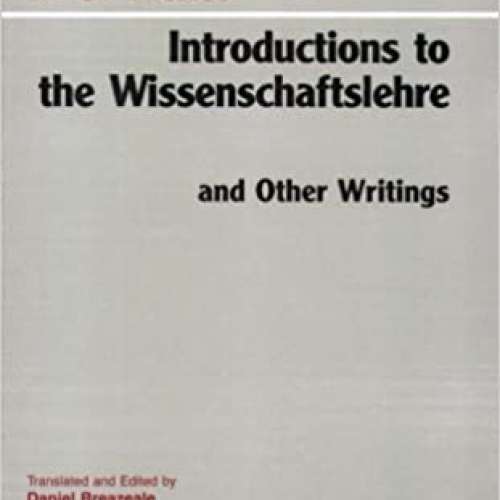 These selections provide a brief but comprehensive introduction to Fichte’s philosophical system and his place in the history of German Idealism. In addition to some of Fichte’s most influential texts, such as the First and Second Introductions to the Wissenschaftslehre and The Basis of Our Belief in a Divine Governance of the World, Breazeale has translated, for the first time into English, several other writings from the same period, including Attempt at a New Presentation of the Wissenschaftslehre, Other short essays, including Fichte’s replies to the charge of atheism, extend the discussions of the Introductions and respond to criticisms. Breazeale’s substantial Introduction supplies the context needed for a sound appreciation of Fichte’s enterprise and achievement.