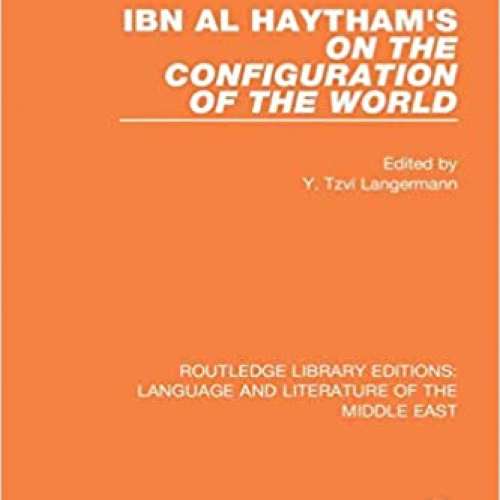 The chief argument of this book, first published in 1990, is that Ibn al-Haytham's On the Configuration of the World is a non-technical expose of basic astronomical teachings: it was written in particular for those whose main interests were in the areas of philosophy and natural science and who, accordingly, had an interest in relating the mathematical devices employed by professional astronomers to the heavenly bodies mentioned in the philosophical literature. However, the primary reason for this publication is not the advancement of this thesis, but rather the presentation of the medieval texts themselves, normally so inaccessible to scholars and students alike.