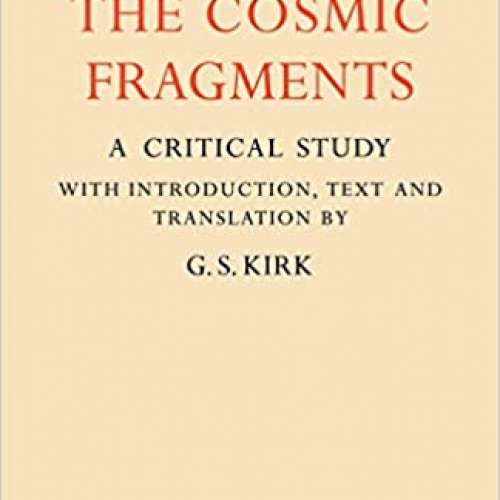 This work provides a text and an extended study of those fragments of Heraclitus' philosophical utterances whose subject is the world as a whole rather than man and his part in it. Professor Kirk discusses fully the fragments which he finds genuine and treats in passing others that were generally accepted as genuine but here considered paraphrased or spurious. In securing his text, Professor Kirk has taken into account all the ancient testimonies, and in his critical work he attached particular importance to the context in which each fragment is set. To each he gives a selective apparatus, a literal translation and and an extended commentary in which problems of textual and philosophical criticism are discussed. Ancient accounts of Heraclitus were inadequate and misleading, and as Kirk wrote, understanding was often hindered by excessive dogmatism and a selective use of the fragments. Professor Kirk's method is critical and objective, and his 1954 work marks a significant advance in the study of Presocratic thought.