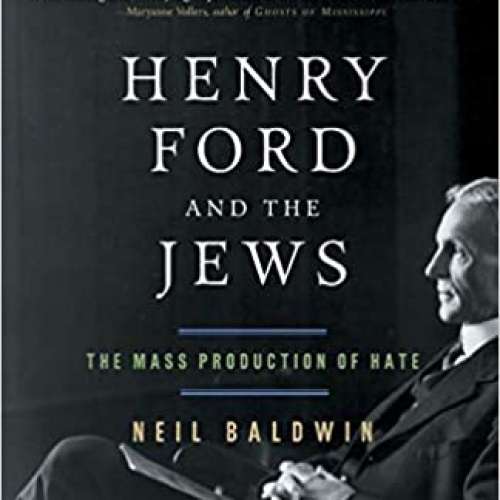 61
0
To genius page →
Henry Ford and the Jews: The Mass Production Of Hate

How and why did this quintessential American folk-hero and pioneering industrialist become one of the most obsessive anti-Semites of our time-a man who devoted his immense financial resources to publishing a pernicious forgery, The Protocols of the Learned Elders of Zion? Once Henry Ford's virulent media campaign against the Jews took off during the "anxious decade" following World War I, how did America's splintered Jewish community attempt to cope with the relentless tirade conducted for ninety-one consecutive weeks in the automobile manufacturer's personal newspaper, The Dearborn Independent? What were the repercussions of Ford's Jew-hatred extending deeply into the 1930s? Drawing upon previously-uncited oral history transcripts, archival correspondence, and family memoirs, Neil Baldwin answers these and other questions, examining the conservative biases of the men at the inner circle of the Ford Motor Company and disentangling painful ideological struggles among an elite Jewish leadership reluctantly pitted against the clout and popularity of "The Flivver King."