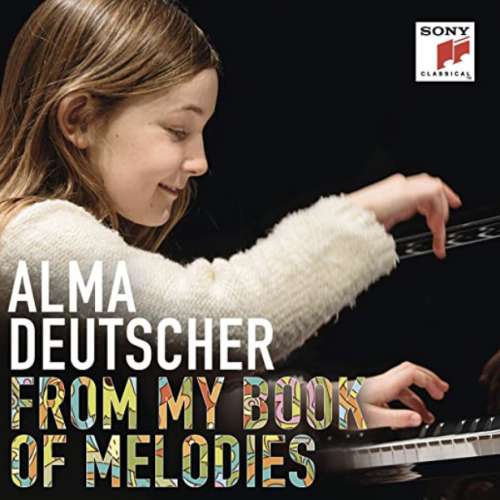 British prodigy composer Alma Deutscher is a young and incredibly gifted composer, violinist and pianist. She started playing the piano at two, the violin at three and composing at four. She composed her first piano sonata at 6, a year later a short opera called The Sweeper of Dreams. There followed various compositions for violin, piano, and chamber ensembles. Aged 9, Alma wrote a concerto for violin and orchestra. Aged 12, she completed her first piano concerto. Between the ages of 8-12, she composed a full-length opera, Cinderella, which was released by Sony Classical on DVD & Blu-ray (2018). It has been performed in USA, Israel and Austria ""Alma is an exceptional pianist and violinist but her composition skills got the connoisseurs talking as she is unusually gifted: She's different from other prodigies we have known, because [] she wrote an opera, which demands comprehensive mastery. (CBS News) My Book of Melodies reveals the melodies Alma composed from the age of 4 to 14. For this album she has chosen one melody from each of those years The melodies she collected over these years are written down in her same named sketch book (book of melodies) which she keeps with her all the time.