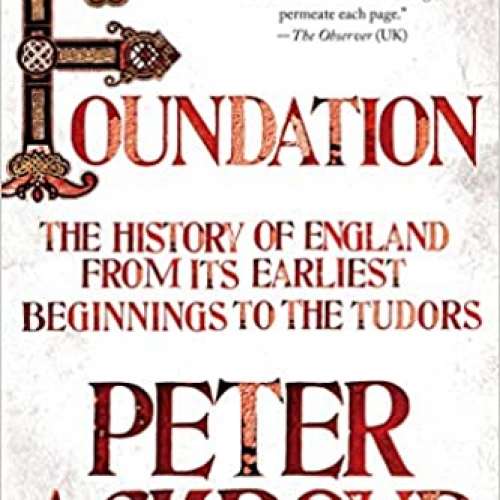 52
0
To genius page →
Foundation: The History of England from Its Earliest Beginnings to the Tudors

In Foundation, acclaimed historian Peter Ackroyd tells the epic story of England itself. He takes us from the primeval forests of England's prehistory to the death, in 1509, of the first Tudor king, Henry VII. He guides us from the building of Stonehenge to the founding of the two great glories of medieval England: common law and the cathedrals. He describes the successive waves of invaders who made England English, despite being themselves Roman, Viking, Saxon, or Norman French.