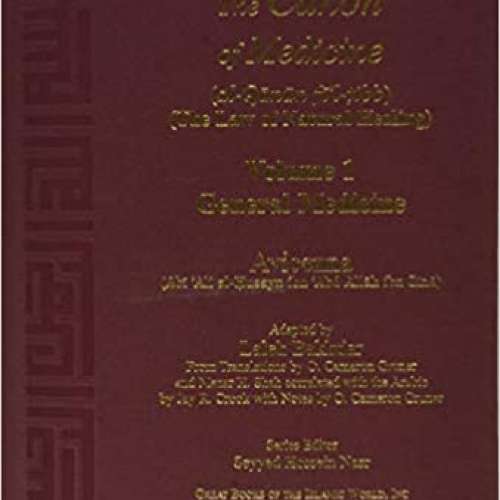 Ibn Sina's famous Canon of Medicine (Qanun fi al-tibb) comes to life in English with this translation. It is a clear and ordered Summa of all the medical knowledge of Ibn Sina's time augmented from his own observations. It is divided into five books. The first contains generalities concerning the human body, sickness, health and general treatment and therapeutics (the only volume translated here). The second contains the materia medica and the pharmacology of herbs.

Three methods agreement, difference and concomitant variations are usually regarded as characteristic of modern science. The third book deals with special pathology, studied by organs, or rather by systems. The fourth book opens with the famous treatise on fevers; then follow the treatise on signs, symptoms, diagnostics and prognostics, minor surgery, tumors, wounds, fractures and bites and that on poisons. The fifth book contains the pharmacopoeia. Because the Canon constituted a monumental unity which maintained its authority until modern times it served as a basis for 700 years of medical teaching and practice and is a proven alternative medicine technique.