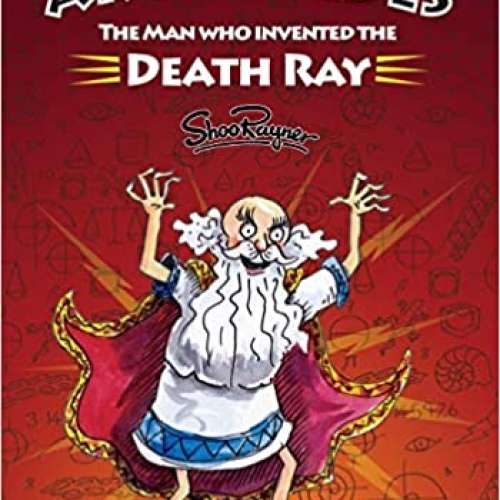 71
0
To genius page →
Archimedes: The Man Who Invented The Death Ray

Archimedes had probably the most inventive mind in all history. His war machines beat the mighty Roman Navy. Marcus Claudius Marcellus was the Roman General who finally beat Archimedes. But Marcellus was a fan as well as a foe. The genius of Archimedes becomes clear as Marcellus tells his son why he admired the great man so much.

Archimedes inventions are explained in a clear and fun way by award-winning author and illustrator, Shoo Rayner, who has written over 200 books for children and illustrated 80 more for other great authors, such as Michael Morpurgo, Michael Rosen and Rose Impey.