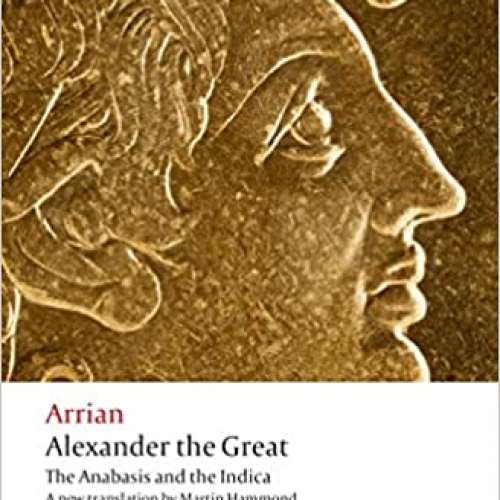 82
0
To genius page →
Alexander the Great: The Anabasis and the Indica

In twelve years that changed the world, Alexander the Great conquered a vast empire, extending from the Danube to the rivers of the Punjab, and from Egypt to Uzbekistan. Arrian, a Greek man of letters, military commander, and holder of the highest political offices in both Rome and Athens, wrote the definitive account of Alexander's life and campaigns, published as the Anabasis. A dramatic fast-moving story, told with great narrative skill, his work is now our prime and most detailed source for the history of Alexander--a compelling account of an exceptional leader, brilliant, ruthless, passionate, and complex.

Martin Hammond's engaging translation-new for this volume--is fully alive to the literary qualities of Arrian's prose, making this the most readable and attractive modern version. This is also the only edition of the Anabasis to include Arrian's companion piece, the Indica, a fascinating account of the voyage of Alexander's fleet from south India to the Persian Gulf, with descriptions of the geography, customs, and natural curiosities of India. John Atkinson's Introduction sets Arrian in his historical context and describes the life of Alexander as it is reflected in his work.