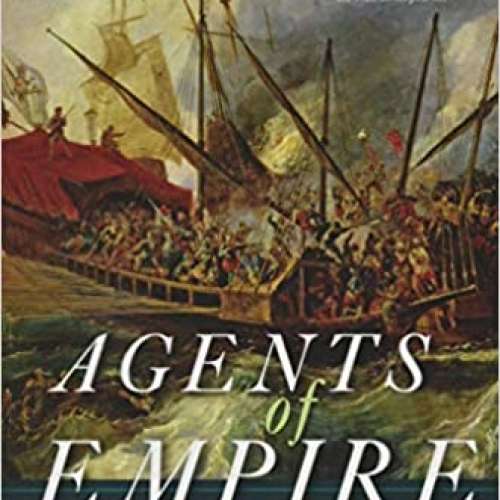 48
0
To genius page →
Agents of Empire: Knights, Corsairs, Jesuits, and Spies in the Sixteenth-Century Mediterranean World

In the late sixteenth century, a prominent Albanian named Antonio Bruni composed a revealing document about his home country. Historian Sir Noel Malcolm takes this document as a point of departure to explore the lives of the entire Bruni family, whose members included an archbishop of the Balkans, the captain of the papal flagship at the Battle of Lepanto--at which the Ottomans were turned back in the Eastern Mediterranean--in 1571, and a highly placed interpreter in Istanbul, formerly Constantinople, the capital of the Eastern Roman Empire that fell to the Turks in 1453. The taking of Constantinople had profoundly altered the map of the Mediterranean. By the time of Bruni's document, Albania, largely a Venetian province from 1405 onward, had been absorbed into the Ottoman Empire. Even under the Ottomans, however, this was a world marked by the ferment of the Italian Renaissance.