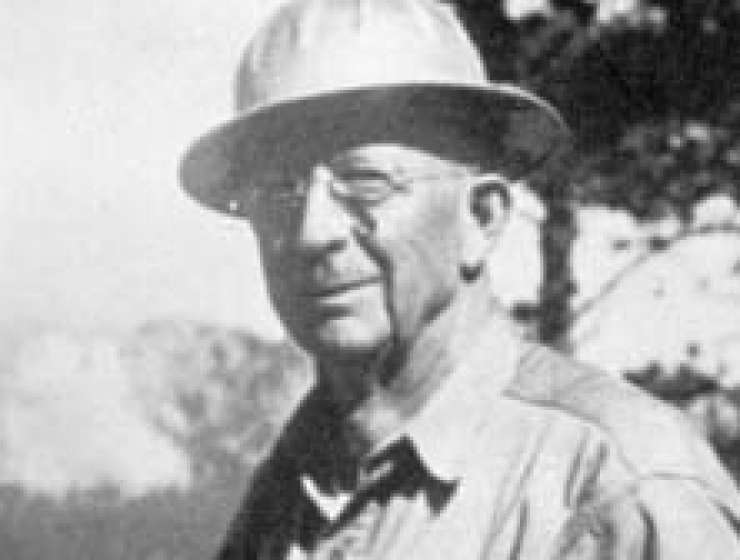 J Harlen Bretz, whose given name was Harley J. Bretz, was born in 1882 in Michigan. The oldest of five children, Bretz had an early interest in astronomy and the natural environment that surrounded him on the farm where he grew up. Originally intending to be a missionary, he entered Albion College in 1901. His focus of study changed, however, and he graduated in 1905 with a degree in biology. A few years later, he earned his Ph.D. in geology from the University of Chicago.

In 1923, the Journal of Geology published Bretz’s paper, “The Channeled Scablands of the Columbia Plateau,” in which he presented his theory that the unique landscape was created by a massive flood originally called the Spokane Flood. The academic world of geologists was not ready for this controversial idea, however, and in 1927 the Washington Academy of Sciences invited him to a meeting to defend his hypothesis. After his presentation, six other presenters followed with scathing rebuttals of the flood theory in an effort to silence Bretz and his unconventional notion.

Story Continues
spokanehistorical.org
What Do You Think Of That Genius?