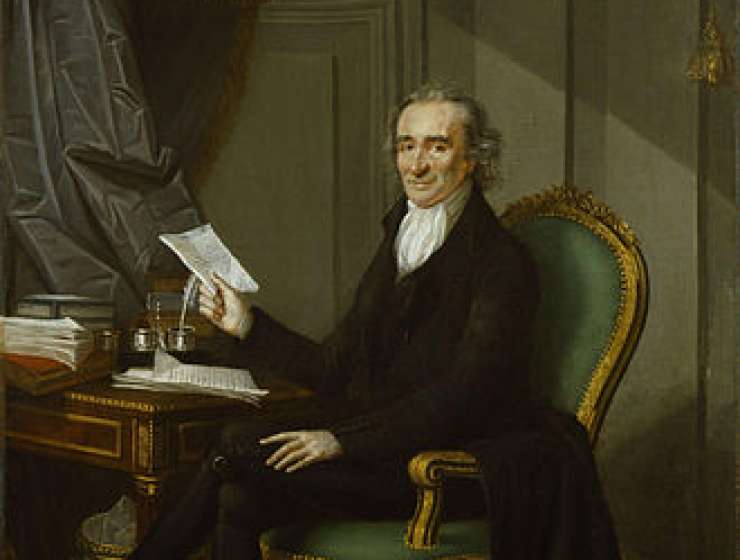 WASHINGTON, October 18, 2019 — Thomas Paine's open call for American independence from Great Britain in Common Sense inspired revolutionaries across the 13 colonies to revolt against the crown. The ripple of insurrection across the Atlantic earned Paine notoriety—and infamy—through the prolific distribution of his pamphlet and his support of the French Revolution. But Paine’s many other accomplishments in writing, poetry, science, and engineering have failed to appeal to the American public as treasured relics of history because of Paine’s scathing criticism of organized religion, according to Harlow Giles Unger, author of Thomas Paine and the Clarion Call for American Independence.

Looking beyond Thomas Paine's Common Sense, Unger, a prolific author and historian, discussed his latest book in the William G. McGowan Theater at the National Archives Building in Washington, DC, on October 15.

David Ferriero, Archivist of the United States, spoke about the important role Paine played in America’s history during his welcome.