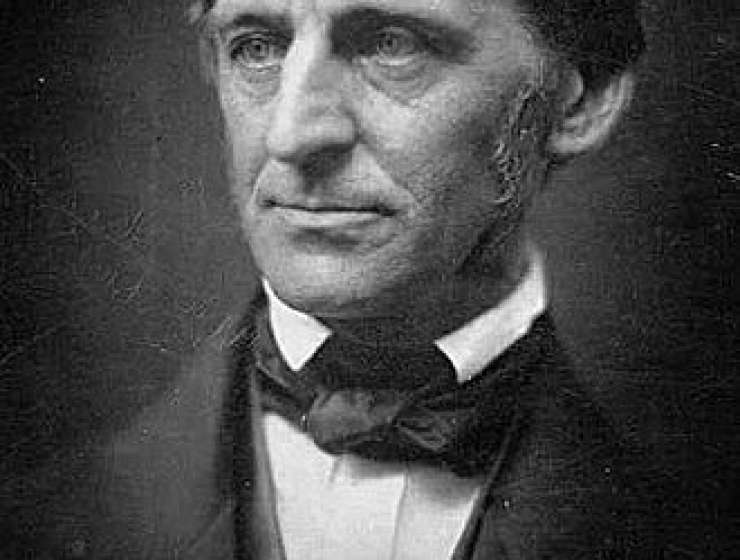 1
86
0
Still Ahead of His Time
literature

Within living memory of the signing of the U.S. Constitution, the authentic cultural voice of America had spoken, outlining the future of American science, philosophy, scholarship, poetry and even landscape design. Today, many people do not know Ralph Waldo Emerson, and many of those who do, consider him at best a 19th-century transcendentalist or, at worst, the Dale Carnegie of belles lettres. But Emerson, who was born 200 years ago this month, prophetically mastered a wisdom that could have saved us all a lot of trouble by clarifying our place in nature.

A gift seems to have been granted to certain people in the moments in history we call renaissance. One can hear the gift in the voice of that time—a confident exuberance, accepting the tragic aspect of life, but also full of hope and belief; capable of a genial irony but devoid of cynicism and academic intellectual vanity. It is a voice that more cynical or exhausted ages find annoying.

Emerson is a renaissance voice. Living in the afterglow of the New England Puritan age of faith, and in the dawn of America’s political, artistic and exploring power, Emerson combined a boisterous energy with a rational and judicious piety. Too intellectually adventurous to remain a Unitarian minister (he became fascinated by Hindu theology), he did not abandon his religious tradition altogether. At the center of his insights was a vision of nature’s intimate relationship with the human and the divine.