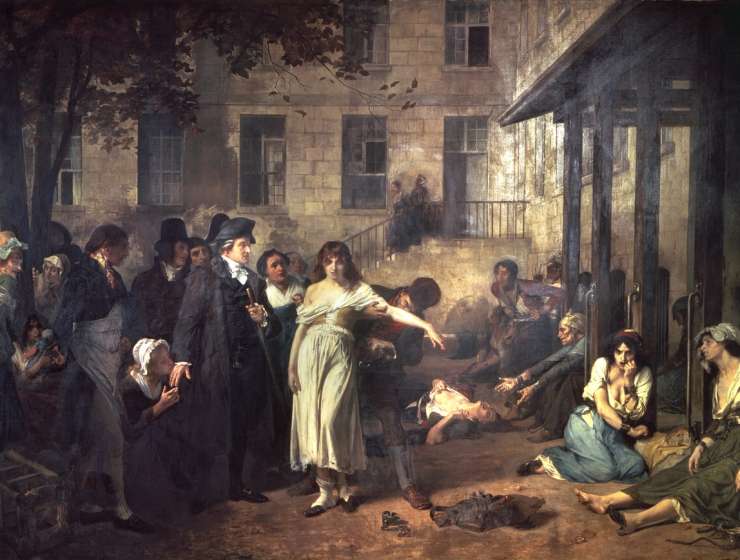 Philippe Pinel's "Memoir on Madness" can now be precisely dated. It was read to the Society for Natural History in Paris on Dec. 11, 1794, soon after the fall of the Jacobin dictatorship. It is thus a political document, an appeal to the Revolutionary government to build asylums where the mentally ill could be decently treated. It is translated here for the first time. Philippe Pinel (1745-1826) served as "physician of the infirmaries" at Bicêtre, the public hospice for men near Paris, from 1793 to 1795. In the "Memoir on Madness" he explains his "psychologic treatment," the principles of the humane method that made him the founder of psychiatry in France.

Pinel states that mental illness is often curable. To arrive at a diagnosis, the physician must carefully observe a patient's behavior, interview him, listen carefully, and take notes. He must understand the natural history of the disease and the precipitating event and write an accurate case history. Diagnosis and prognosis can then be made. Periodic patterns of mental illness can be helpful for therapy. Usually only one faculty is affected. Patients with delusions may be malicious or murderous. They may have to be restrained; it was Pinel's assistant, Jean Baptiste Pussin, who removed the chains from the insane men at Bicêtre Hospice in 1797 and replaced them with strait-jackets. Pinel followed suit at the Salpêtrière, the public hospice for women, 3 years later. Pinel here states that one must "dominate agitated madmen while respecting human rights."

Story Continues
pubmed.ncbi.nlm.nih.gov
What Do You Think Of That Genius?