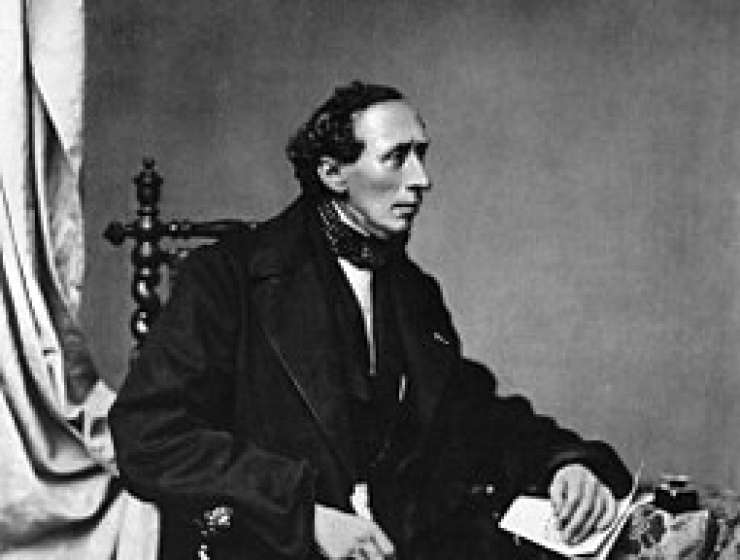 t's commonly supposed that all fairy tales are stories from the folk tradition, passed through the generations by storytellers since the dawn of time. While it's true that most fairy tales are rooted in oral folklore, to a greater or lesser degree, many of the best-known stories actually come to us from literary sources. In a previous post, we looked at the literary fairy tales of 16th century Italy (written by Straparola and Basile) and the salon fairy tales of 17th and 18th century France (by Madame D'Aulnoy, Charles Perrault, etc.). In this one, we turn to 19th century Denmark, where Hans Christian Andersen (1805-1875) penned some of the best loved fairy tales of all time: The Little Mermaid, The Wild Swans, The Princess and the Pea, The Emperor's New Clothes, The Nightingale, The Tinder Box, The Ugly Duckling, The Steadfast Tin Soldier, The Red Shoes, The Fir Tree, The Snow Queen (his masterpiece), and many others.(1)

Hans Christian Andersen's own life had aspects of a fairy tale, for he was born the son of a poor cobbler and he died a rich and famous man, celebrated around the world, the intimate of kings and queens. Although today Andersen is primarily known as a writer of stories for children, during his lifetime he was also celebrated for his other literary works, including six novels, five travel journals, three memoirs, and numerous poems and plays. The modern image of Andersen (as portrayed in the sugary 1952 film Hans Christian Andersen, starring Danny Kaye) is of a simple, innocent, child-like spinner of tales, a character from one of his own stories. Letters and diaries by Andersen and his contemporaries, however, draw the picture of a very different man: a sharply intelligent, ambitious writer with a hardscrabble past, a love of high society, and a tortured soul. Likewise, Andersen's fairy tales, when read in the original Danish (or in good, unabridged translations), are far more sophisticated and multi-layered than the simple children's fables they've become in all too many translated editions, retellings, and media adaptations. The writer was no innocent naïf recounting fancies whispered by the fairies; he was a serious artist, a skillful literary craftsman, a shrewd observer of human nature and of the social scene of 19th century Denmark.

Story Continues
terriwindling.com
What Do You Think Of That Genius?