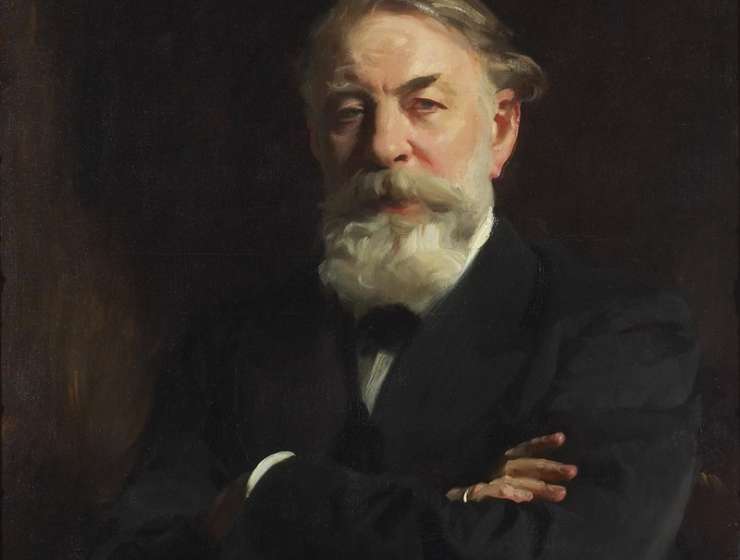 In the evening of May 16, 1904, a brilliant and distinguished audience gathered at Queen’s Hall, London, to celebrate the “Diamond Jubilee” of Joseph Joachim’s English début. Outside on Langham Place, a crush of nearly 2,500 admirers in gala attire emerged from their carriages, or arrived on foot from after-dinner strolls down Regent Street, jostling to enter the ornate, high-ceilinged auditorium, home to the “Proms” concerts, then under the direction of their popular, 35-year-old conductor, Henry J. Wood. Among the evening’s subscribers were more than six hundred eminences from the arts, literature and politics.

In the three score years since the Monday in May 1844 when the chubby little Hungarian boy had given his historic début in London’s Hanover Square Rooms, Joachim had been the unrivalled favorite of the British public. “From early childhood Joachim never appeared on a platform without exciting, not only the admiration, but the personal love of his audience,” his friend Florence May observed. “His successes were their delight. They rejoiced to see him, to applaud him, recall him, shout at him. The scenes familiar to the memory of three generations of London concert-goers were samples of the everyday incidents of his life in all countries and towns where he appeared. Why? It is impossible altogether to explain such phenomena, even by the word “genius.” Joachim followed his destiny. His career was unparalleled in the history of musical executive art.”

Story Continues
josephjoachim.com
What Do You Think Of That Genius?